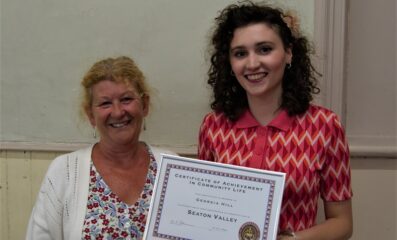 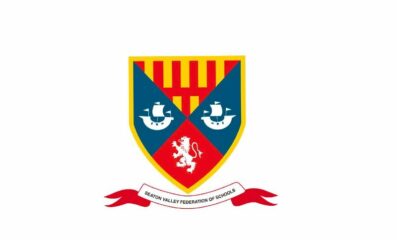 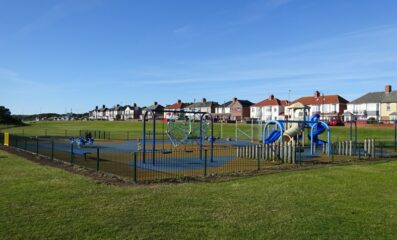 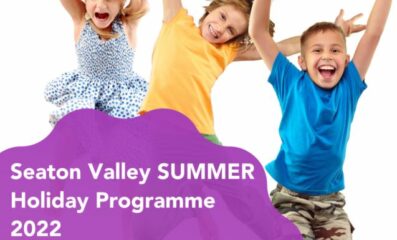 Georgia Hill was presented with a Community Achievement Award at the Full Council meeting on the 27 July 2022 at Seghill Institute Memorial Hall.

Georgia is from Holywell and was nominated by the village community for an award.

At the start of the Covid pandemic, Georgia used her time to make puppets and creatures to help lift people’s spirits and bring happiness and hope in the most unprecedented and difficult of times.

Georgia started by making a huge eight foot tall rainbow, which she made in celebration of her mother recovering from Covid.  Georgia has walked through the streets of Seaton Valley and nearby North Tyneside with her rainbow; waving at people during lock-down and bringing happiness to children and adults alike.

Following the success of the rainbow, Georgia made a Worry Monster puppet which she took to the streets again with.  The purpose of the puppet was to help children in the area cope with their fears and anxieties around the virus and our current lives.  The children could socially distance and ‘feed’ their worries to the puppet and it would eat them up; rendering them powerless to upset the children anymore.

Georgia has made other puppets including one for Halloween which was unfortunately vandalised.

Georgia has shown ‘Merkel’ to the world.  He is an amazing tree inspired puppet which she is using to bring attention to Holywell Dene, along with making birdfeeders, as part of the Big Garden Bird Watch,  She has made a video tutorial on making bird feeders for children that is available on her ‘Creatures of Holywell Dene’ Facebook page that features her and Merkle.

Cllr. Susan Dungworth, Hartley Ward Councillor and Chair of the Council said:  “Georgia is very talented and has used her talent for the benefit of others, to bring happiness and smiles to the community through this very challenging time.  It is an honour to present her with this award on behalf of Seaton Valley Council and the community.”

Pictured above are Cllr. Susan Dungworth and Georgia with her Community Award Certificate.